Sisterhood of self-defence: BJJ is the martial art for women

Brazilian Jiu-jitsu is becoming increasingly popular in Australia, and Sydney’s Hills District is no exception. As the martial art grows, more women come to Gracie Castle Hill to learn self-defence.

But while women often start Brazilian Jiu-jitsu (BJJ) for self-defence or fitness, they often take away so much more. Specifically, new friendships after joining the Gracie Girls family.

Gracie Castle Hill is one of many Gracie Humaita academies in Sydney, joined by gyms in Parramatta, Balmain, Bankstown, Smeaton Grange and our headquarters in Alexandria. Women from all of these academies form the Gracie Girl’s group. Martial arts can be intimidating, but Gracie Girls warmly welcomes all women who train BJJ at a Gracie academy. 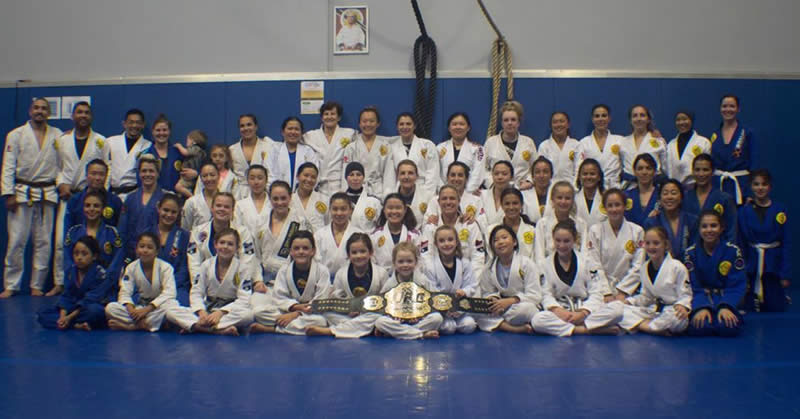 The gentle art of self-defence

Although the social benefits are big, the first and foremost reason women initially come to Gracie Castle Hill is to learn a martial art for self-defence.

When people think “martial art,” often striking arts like Kung Fu or Taekwondo come to mind. Brazilian Jiu-jitsu is a grappling art, and as such is much different. It’s closer to Greco-Roman wrestling or Judo, with takedowns, sweeps and armlocks instead of punches, kicks and elbows.

Being grapple intensive, BJJ is an extremely valuable and effective martial art for women’s self-defence. There’s three key reasons for this.

Firstly, the principles that underpin Brazilian Jiu-jitsu. A modified form of Judo, BJJ was designed with the assumption that you are smaller and weaker than your opponent. It encourages the use of technique over strength, of timing and leverage over athleticism. This makes it particularly relevant to women, who are usually going to be smaller than the hypothetical bad guy they’re learning to defend themselves against.

Then there’s the flexibility of Jiu-jitsu. It’s a martial art that’s not about attacking, but rather controlling. There’s a saying in BJJ: Position before submission. If you learn how to subdue your opponent, submissions simultaneously become easier and also less necessary.

At Gracie Castle Hill we’ll teach you how to do chokes, armlocks and more submission holds, but tearing someone’s shoulder out may not always be an appropriate response to harassment (although it’s not a card to keep under your sleeve for life-threatening situations). Often more basic forms of self-defence, like breaking away from someone gripping your wrist or putting someone who’s holding you from behind on the ground, are all that’s necessary.

Compare this to a striking martial art, where your options are usually restricted to potentially causing injury to someone with a strike. Of course, that can be effective and it’s certainly better than nothing. But having a wide range of responses is not only more practical, but it’ll also make you more confident.

That leads into the third point. In BJJ, since we’re not striking each other, we’re able to grapple at high intensity without hurting each other. People employ techniques to gain superior positions, like back control or mount, and secure submission holds without actually applying them. The ability to train so hard without risking injury is while BJJ is often called “The Gentle Art.”

It may sound scary, but after a month or two you’ll feel perfectly comfortable sparring with full energy. Importantly, this high-intensity sparring is a accurate simulation of a real-life defence situation, meaning you’ll be better at handling yourself if that day ever comes. 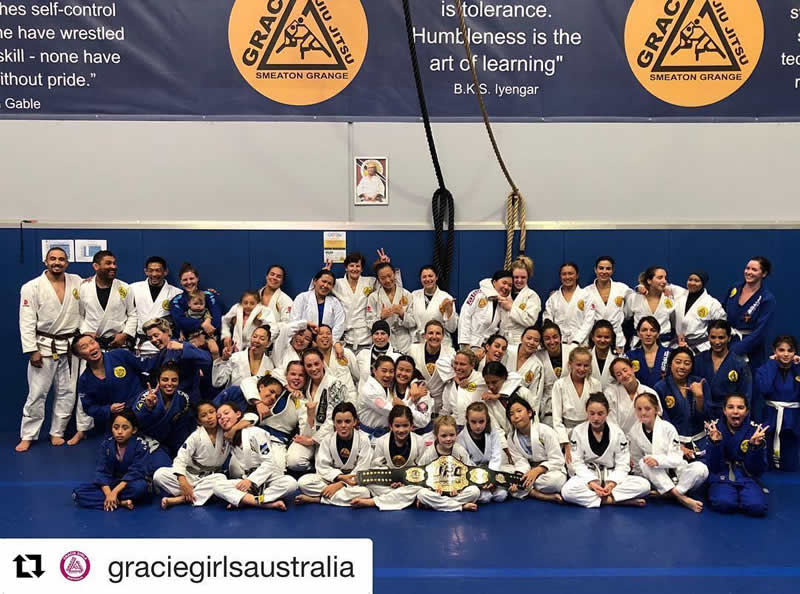 Come for self-defence, stay for family

While Brazilian Jiu-jitsu is widely touted as a highly effective martial art for self-defence, no one calls it easy. It can be daunting, especially for women, to come to an academy and be confronted by people who’ve been training for years.

We foster a welcoming environment at Gracie Castle Hill, and make sure everyone, especially women, feels comfortable on the mats. Plus, with Brazilian Jiu-jitsu being such a sparring-heavy martial art, practitioners are constantly humbled. BJJ teaches people to leave their egos at the door – people who act like tough guys often don’t last long!

Not only that, but a growing female contingent of BJJ practitioners means you won’t be the only woman on the mats – a common worry for women. This is embodied in our Gracie Girls program, where academies around Sydney host women’s only training sessions each month.

The most recent one was led by Robert Whittaker, the current UFC Middleweight Champion. No big deal.

We know martial arts can be intimidating, but consider the self-defence, fitness and friendship benefits Brazilian Jiu-jitsu can bring. If you’re on the fence, feel free to come to Gracie Castle Hill for a free trial. 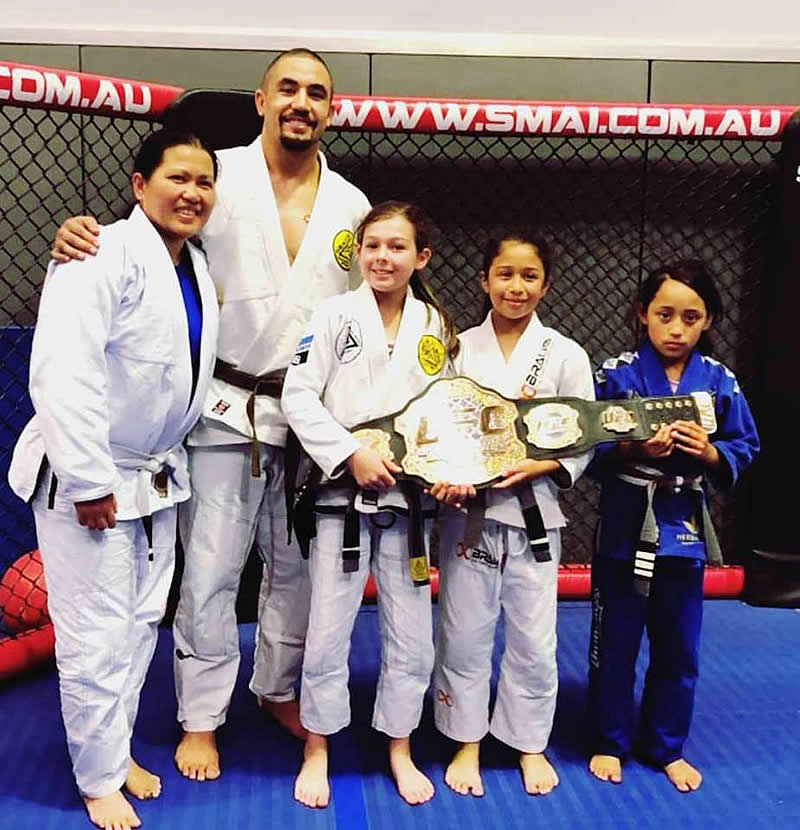 PrevPreviousBJJ training in Dural: What to expect when you start
NextBrazilian Jiu-jitsu in Dural: Self-defense for the whole familyNext