BJJ training in Dural: What to expect when you start

If you’re reading this there’s a good chance you’re thinking of training Brazilian Jiu-Jitsu with us at Gracie Dural. Good idea! We understand if you’re nervous though. Even more so than a gym, yoga or sports membership, martial arts can be incredibly intimidating to jump into.

This is particularly true of Brazilian Jiu-Jitsu, as it’s a spar-intensive martial art. In striking arts, like Muay Thai and Karate, practitioners often train for months before they begin intense sparring sessions. At Gracie BJJ Dural you’ll be grappling with new friends from your first or second class.

This makes Brazilian Jiu-Jitsu exciting, but also scary. So for those who are on the fence or have just started, here are some things to expect from your new martial arts journey. 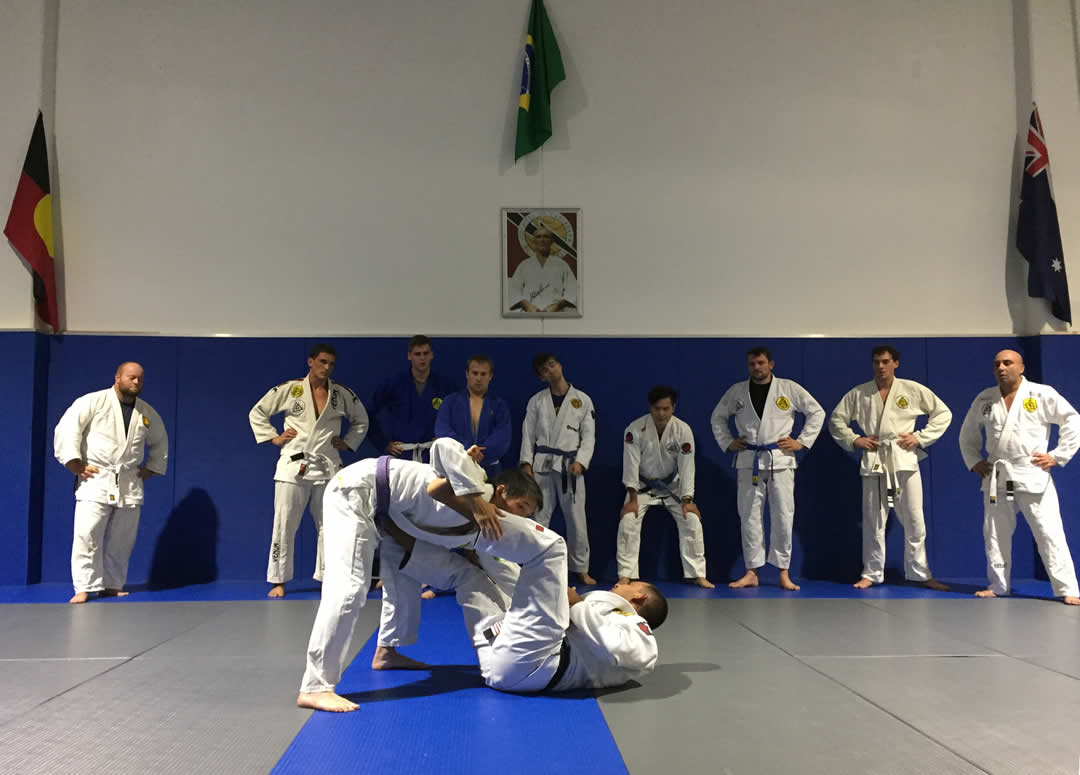 There are some parts of Brazilian Jiu-Jitsu training that can be confronting at first, but which your body adapts to quickly.

First off, sweat. After a few years on the mats you won’t even notice sweat until you finish training. Perspiration, and wrestling with partners who are just as excessively perspirant as you, is just part of martial arts. You may be a bit turned off at first, but trust us – you get used to it in no time. Plus, as the fitness saying goes, you get what you sweat!

Another hard thing about the first month or two of martial arts training is that your body needs to calcify and adapt to the stress it puts on your body. I’m not even talking about fitness level here. When you start Brazilian Jiu-Jitsu, it’s likely you’ll find bruises and even some cuts in random places. Given that it’s a grip-heavy martial art, you may also find yourself with sore fingers. But don’t freak out! Your body toughens up quickly and eventually you’ll get thicker skin – literally.

That precaution is a fine segue to another point: Brazilian Jiu-Jitsu is all about getting comfortable in uncomfortable situations.

There are two types of Brazilian Jiu-Jitsu: Gi and No Gi. Most classes at our academy, as well as the majority of schools around the world, are in the Gi, also known as a Kimono. Gis are big and heavy. They cover your whole body, shoulders to ankles, and are usually between 2 and 4 kilograms.

At first even putting on a Gi is uncomfortable, like wearing a suit for the first time. Then you sweat in it and it gets even heavier and hotter. But, like everything, you adapt. After a while you don’t even notice it, and can feel strange grappling without it. You become comfortable being uncomfortable.

Martial arts can be tough on your body, but for some it can be even tougher on the ego.

Brazilian Jiu-Jitsu is a complex web of skills. Like any skill set, learning it involves failure. You may think you’re big, strong, tough and super athletic, but there’s always someone bigger, stronger, tougher and more athletic. More importantly, there are also people who are smaller, weaker and less athletic who will submit you thanks to sharper technique.

We have a few of these undercover beasts at Gracie Dural, that’s for sure!

People often fret over their safety when starting a new martial art. Don’t worry, it’s not a UFC fight, no one is going to hurt you! Brazilian Jiu-Jitsu can be surprisingly gentle. That doesn’t mean starting out is easy, though.

While you can expect to be put in some sweaty, uncomfortable situations and have your ego challenged, it’s all worth it. Martial arts improves lives, and it also improves people. We can teach you Brazilian Jiu-Jitsu, but you’ll find the mats teach you a lot about life too. It sounds crazy until you try it.

If you’re not sold, come down for a free introduction class.

PrevPrevious5 Ways For White Belts to Measure Their Progress
NextSisterhood of self-defence: BJJ is the martial art for womenNext