Do I need to be fit to do BJJ?

Jiu-Jitsu is intimidating. Stepping onto the mats at Gracie Castle Hill, you’ll see many athletic people grappling for hours on end. This leads to a sentiment often expressed by people interested in starting martial arts training: “I want to, but I’m not fit enough.”

If you’ve ever tried to get your friends into Brazillian Jiu-Jitsu (BJJ), you’ve probably heard some variation of this. Sometimes it’s just an excuse, but other times it’s a real concern people have. If you’ve never trained in martial arts or athletics, intensive Jiu-Jitsu can be daunting.

If it’s you who’s worried about lack of fitness, don’t be. There are two main reasons why you should ignore that insecurity. First, Jiu-Jitsu isn’t about strength, power or agility, it’s about technique. Second, you don’t get in shape to do Jiu-Jitsu, you do Jiu-Jitsu to get in shape! 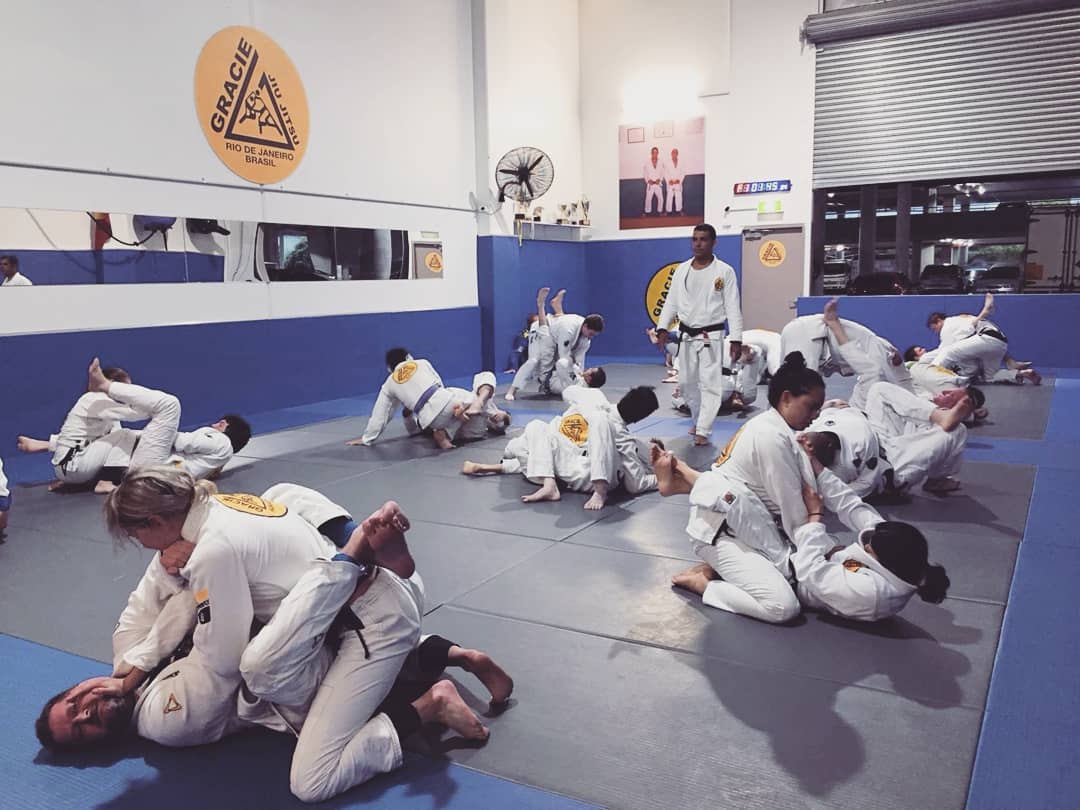 There’s a saying in Jiu-Jitsu: It’s the hips, not the grips. Your hips are your source of power in BJJ. Most escapes, counters, passes and attacks involve the hips, either using yours or neutralising your opponents.

So, in other words, it’s not about how strong you are, or how much power you can hold someone with. It’s technique.

The foundation of Jiu-Jitsu, as taught by Grand Master Helio Gracie through to Gracie Castle Hill’s Professor Marcos Nevel, is technique over athletics. Everything in Jiu-Jitsu assumes a bigger, stronger opponent, with the idea being that sharp technique can overcome these disadvantages.

This makes it a terrific self-defense system for women, who are typically smaller than their would-be attackers, as well as people in their 40s and beyond. And for the same reason, you don’t need to be a super athlete to do BJJ.

This is one of many ways in which Jiu-Jitsu differs from martial arts. In sports like boxing and Muay Thai, being smaller or less explosive than your opponent can be an insurmountable disadvantage. In BJJ, technique can overcome almost any size and strength gap.

In Jiu-Jitsu, as long as you’re committed to learning and understanding technique, you can succeed.

The other aspect of athleticism is cardiovascular or weight related. People are often concerned that they have insufficient cardio, or are worried about being a bit too heavy. It’s understandable and normal to be insecure about these things, but for this Jiu-Jitsu isn’t a problem, it’s a solution.

Suppose you think you need to get in shape before you can start BJJ. Using that same line of logic, you might also say that you need to improve your flexibility before you start yoga, or lose weight before you hire a personal trainer.

For those who are looking to shed a few KGs, Jiu-Jitsu is a smart place to start. The primary reason is that BJJ is fun and is about more than exercise. Some people love jogging or going to the gym, but for many those activities are just exercise for exercise’s sake. BJJ is an addictive experience, if you catch the bug you’ll want to come to class and you’ll want to train hard. Weight loss quickly follows.

Finally, in a sense there’s little you can truly do to prepare for BJJ. That’s because other types of cardio don’t translate directly to Jiu-Jitsu. Even a long-distance runner would struggle to get through 30 minutes of grappling, because BJJ uses different cardiovascular systems and different muscles. If there is an activity that can prepare you, it may be yoga — if only because it reinforces the importance of deep, steady breathing. Plus, being flexible makes guard retention and many techniques much easier.

There’s no two ways about it: Jiu-Jitsu is hard. But it’s hard for everyone. Don’t let your fitness, or lack thereof, be a reason to not give it a try. Focus enough on technique and you’ll make a fine grappler — and a fitter one, too.

If you’re interested in starting a martial arts journey but aren’t sure yet, feel free to come into Gracie Castle Hill for a free trial lesson.