Brazillian Jiu-Jitsu and the Gracie Family made the UFC and mixed martial arts famous, but that doesn’t mean BJJ is the only effective self-defense system. Similarly, the Hills District isn’t home to only Gracie Castle Hill, but a number of quality martial arts gyms.

So the tough question for a beginner in the Hills District looking to take their first step is: which art do you chose?

Brazilian Jiu-Jitsu is different to most famous martial arts, like Judo and wrestling. It’s a different game altogether from striking-based disciplines like karate, Taekwondo and Muay Thai. That difference comes with some unique benefits. 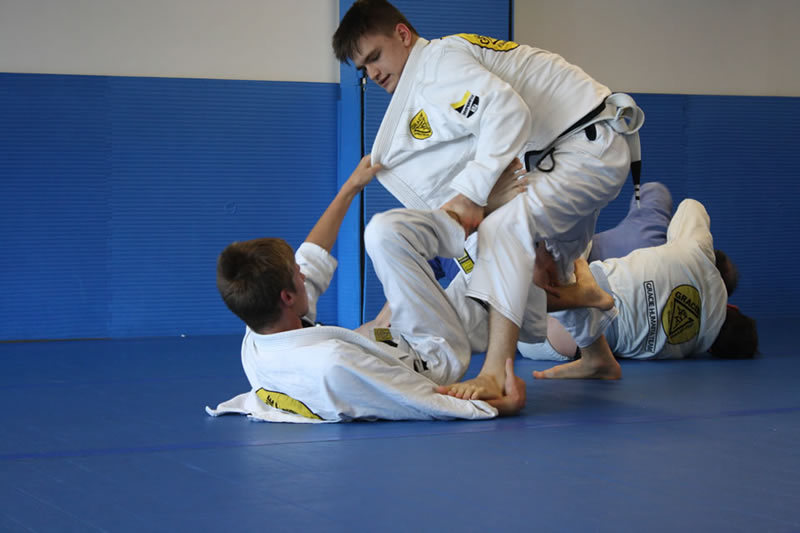 To strike or submit?

BJJ is often referred to as ground fighting, as the majority of techniques you’ll learn are employed on the ground. But there’s a more fundamental difference between Jiu-Jitsu, Karate, Taekwando, Kung-Fu and similar martial arts. That is, Jiu-Jitsu is grappling while the other arts are striking.

While Karate has a focus on punching and hand-based strikes, and Taekwondo focuses on (often spectacular) kicking combinations, Jiu-Jitsu is about subduing an opponent or aggressor. This is done with wrestling-style takedowns, position holds or, in extreme circumstances, submission attacks.

This basic difference in approach has major implications for training and self-defense.

At Gracie Castle Hill and other BJJ academies around the world, students spar intensely. If you sign up, you’ll be sparring — or “rolling” as we call it — from your first or second class. But while we spar vigorously, we never hurt our opponents. In BJJ, we trade takedowns and wrestle for position, and the game ends when one player secures a submission. Once the other player concedes defeat, the game starts over again.

It’s more difficult to train at full intensity when learning a striking-based martial art or self-defense system. Many Karate, Muay Thai and Taekwondo schools only allow sparring after months of training, and this is usually done with heavy protective gear. In Taekwondo competition, for instance, competitors don protective padding. Karate has less emphasis still on fight simulation, with its competitions split between fighting and opponentless form segments.

This makes sense, as absorbing one full-force strike to the head can cause catastrophic harm.

Jiu-Jitsu has a greater emphasis on practical sparring because in Jiu-Jitsu we can grapple aggressively without hurting each other. It’s one certain advantage that grappling arts, like BJJ and wrestling, have over striking arts.

What happens in the classroom is only half of the equation. How each martial art can protect you in a self-defense situation is more important, and it’s something we take seriously at Gracie Castle Hill.

We don’t want to belittle any other martial arts. Karate, Muay Thai and Taekwondo are all valid self-defense systems, and practicing these disciplines certainly could save you from a bad situation.

Jiu-Jitsu, however, has come to be known as the best self-defense martial art. Joe Rogan, a UFC commentator with a black belt in both BJJ and Taekwondo, recommends BJJ above any other martial art for self-defense. Famed Navy Seal Jocko Willink similarly recommends Jiu-Jitsu.

A key benefit Jiu-Jitsu holds over other martial arts for self-defense is the importance of technique over athleticism. Smaller, weaker people can defend themselves against much larger opponents if their technique is sharp enough. This was proved in the original UFC tournaments, when Royce Gracie’s Jiu-Jitsu overcame much bigger, stronger opponents like Ken Shamrock. (And we’re assuming you’re not going to get into a street fight with Ken Shamrock!)

The other benefit is that grappling gives you a range of responses. There’s no question that a flying roundhouse kick will protect you — but it could also cause significant harm to your aggressor. Sometimes this is warranted, as in the case of someone trying to fatally harm you. But other times you may want to take a less drastic approach, like breaking away someone’s grip or subduing them without actually harming them. BJJ gives you options.

Again, we’re not here to talk down other martial arts. Taekwondo and Karate are perfectly legitimate martial arts. However, if you want to try Jiu-Jitsu and experience the self-defense system first hand, sign up for a free class at Gracie Castle Hill.

PrevPreviousToo old to roll? Can I start BJJ if I’m over 40?
NextDo I need to be fit to do BJJ?Next