Over the past two decades, Brazilian Jiu-Jitsu has become an essential part of mixed martial arts and morphed into a phenomenal, worldwide sport in its own right. People from Castle Hill to Copenhagen practice their guards, sweeps and submissions for the purpose of bumping their competition game to the next level.

But though sport Jiu-Jitsu is exciting and rewarding, it’s worth remembering that the core of Brazilian Jiu-Jitsu (BJJ) is self defence.

BJJ was developed specifically as a self-defence system for those who aren’t monster athletes. The techniques and concepts it teaches run off the assumption that your opponent or assailant is bigger and stronger than you.

It’s for that reason that Jiu-Jitsu’s exceptional self-defence system is a great option for kids. 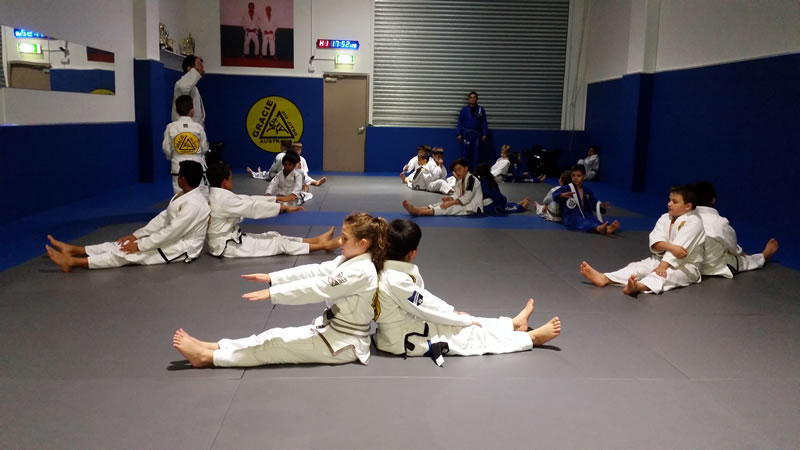 Brazilian Jiu-Jitsu is a heralded self-defence system for two key reasons: It works, and it gives you options.

To step back for the uninitiated, BJJ is a grappling martial art. It’s more similar to wrestling or Judo than it is to more famous martial arts like Kung Fu and Karate. In BJJ you won’t learn kicks, punches and elbow strikes. Instead, you’ll learn how to use grappling techniques, leverage and timing to subdue an opponent.

Since Jiu-Jitsu teaches self-defence techniques that don’t rely on strength and power, it’s a perfect martial art of kids. Children will learn how to defend themselves against bullies and aggressors both their size and bigger. What’s more important, though, is the range of tools BJJ gives kids to defend themselves.

Many striking martial arts are very effective, but they’re often blunt weapons. A hard kick, knee or elbow strike will stop a bully, but it will also likely cause grievous harm. Sometimes that harm is justified, but other times it’s not.

Since BJJ is about grappling, rather than striking, it gives kids the ability to subdue opponents and bullies without actually hurting them. Even this can be done in versatile ways, from simply controlling the bully’s wrists (stopping them from striking or grabbing) on one end of the scale to taking the bully down to the ground and holding them there on the other end of the scale.

And, for extreme circumstances where it’s justified, Gracie Castle Hill students are also taught submission holds which can fight off an attacker with force.

Brazilian Jiu-Jitsu doesn’t only give kids self-defence skills, it gives them the confidence they need to apply such skills.

BJJ is a unique martial art in that it’s unusually spar intensive. Most martial arts don’t feature as extensive sparring for the simple reason that it’s not safe to spar at high intensity levels in most martial arts. Brazillian Jiu-Jitsu is different, sparring, or “rolling” as it’s known, is an essential part of the art.

BJJ involves grappling for superior position and, once that position is secured, the application of a submission. However, the person on the receiving end of a submission taps out before any damage can be done — and then the game begins again. Accidents do happen, like every endeavour in life, but BJJ yields tremendous reward with little risk of safety.

BJJ makes practitioners of all age more confident, because the practical aspect makes practitioners comfortable in a combat situation. The importance of confidence in kids is twofold: Not only do they feel safer, giving them the ability to control situations. They’ll also feel less inclined to partake in conflict, knowing that they have nothing to prove.

If you want to see first hand how BJJ can improve your child’s self-defence and confidence, sign them (and yourself) up for a free introductory class at Gracie Castle Hill.

PrevPreviousDo I need to be fit to do BJJ?
NextBrazilian Jiu Jitsu: Why white belts need to stay calmNext