The right age for kids to start learning self-defense

Training kids is a big part of Gracie Castle Hill, which is why we offer 10 classes a week for children under 16. Brazilian Jiu-Jitsu (BJJ) is a perfect martial art for self-defense, which means parents are often eager to sign their kids up. But that begs a question. How young is too young?

Every child is different. However, our general rule is that kids who are five and up are ready to begin training. Of course, at Gracie Castle Hill we don’t train the kids like we train the adults. Kids classes, especially the five- to nine-years classes, are more about games and drills that teach Jiu-Jitsu principles than they are about intense sparring.

It’s around the age of five that kids are able to grasp BJJ concepts and are also emotionally able to deal with what can sometimes be a confronting environment. But before we get to that, there’s the question of why BJJ is the defensive martial art of choice. 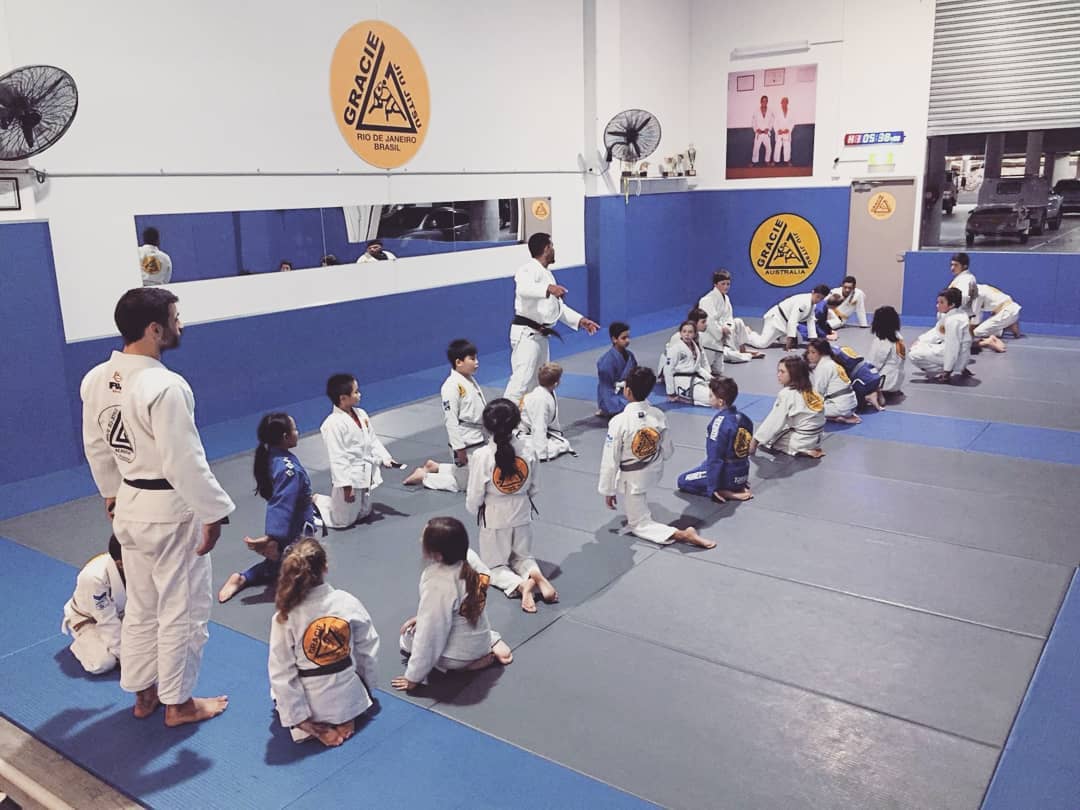 For parents hoping for their child to learn defensive martial arts, there are plenty of options out there. Asian arts like Karate and Taekwondo are popular choices, and certainly confer self-defense benefit.

However, Brazilian Jiu-Jitsu is renowned around the world for being in a self-defense class of its own. The grappling art exploded in global popularity in the ‘90s when, during the first UFC events, Royce Gracie used BJJ to defeat much larger opponents trained in different disciplines. Since then, it’s been a go-to martial art for those seeking to to protect themselves.

Mixed martial arts led to BJJ’s worldwide popularity, but it’s not just for parents who want their kids to be UFC Champion. (Although for the record, Gracie Humaita’s own Robert Whittaker is currently UFC Middleweight Champion!) Brazilian Jiu-Jitsu was developed to be a self-defense martial art, and that remains its core to this day.

There’s a simple difference between Jiu-Jitsu and most other martial arts. BJJ is a grappling art, not a striking art. That gives its practitioners a number of important advantages.

Muay-Thai, for example, is certainly an effective form of self-defense. However, it’s often difficult for those who practice striking martial arts to defend themselves without hurting their assailant. It’s difficult to kick or elbow strike someone without potentially debilitating them.

In Jiu-Jitsu, we have the advantage of choice. Depending on how severe the bully threat is, your child can defend themselves by keeping space or subduing the bully, both of which can be done without risking injury to anyone. At Gracie Castle Hill we also teach submission locks, but reinforce that these are only to be applied in extreme circumstances.

And this is all before even considering BJJ’s most famous trait: It works for small people just as well as it does for big people. For more on the specific benefits of BJJ, click here.

Back to Gracie Castle Hill’s self-defense program for kids. We offer classes for two different age groups, 5 to 9 years and 9 to 15 years. As kids get older, we gradually introduce them to the more technical and challenging elements of Jiu-Jitsu. Once a child hits 16, they’re free to train with the adults.

As fun as BJJ can be, the mats can sometimes be an uncomfortable place. It’s for this reason that we usually advise that children be at least five years old before joining us at Gracie Castle Hill. With that said, our coaches are experienced in training with kids, and make sure to create the most comfortable environment possible.

Parents often worry about the injury risk of martial arts training. On this end, Jiu-Jitsu is safe. Just like any physical activity, accidents can happen. But since BJJ is strike-free, injuries happen less frequently. And again, our coaches learn the capabilities of all the kids at Gracie Castle Hill and teach to them.

If you’re on the fence, we offer free introductory classes – for kids and adults alike. Come in to Gracie Castle Hill any time and see for yourself.

PrevPreviousWhy BJJ lineage matters
NextIf I do Jiu-Jitsu do I need to compete?Next