If I do Jiu-Jitsu do I need to compete?

Of all the reasons people start training a martial art, competition glory is usually not high on the list. Most people who train at Gracie Castle Hill started doing so for self-defense, fun, fitness or all three.

Yet, after a student has trained Brazilian Jiu-Jitsu (BJJ) for six-nine months or so, they often get the urge to compete. This is encouraged by many academies, including Gracie Castle Hill, because competition can only improve a student’s Jiu-Jitsu game.

Competition isn’t for everyone, though. While many get a burning desire to compete, others shy away from the intensity and pressure. That’s OK too.

A tiny minority of BJJ practitioners are professionals who earn a living off their skills. For everyone else, competition should be seen as a tool for self-improvement. In other words, you don’t have to compete — but you’ll improve your Jiu-Jitsu if you do. 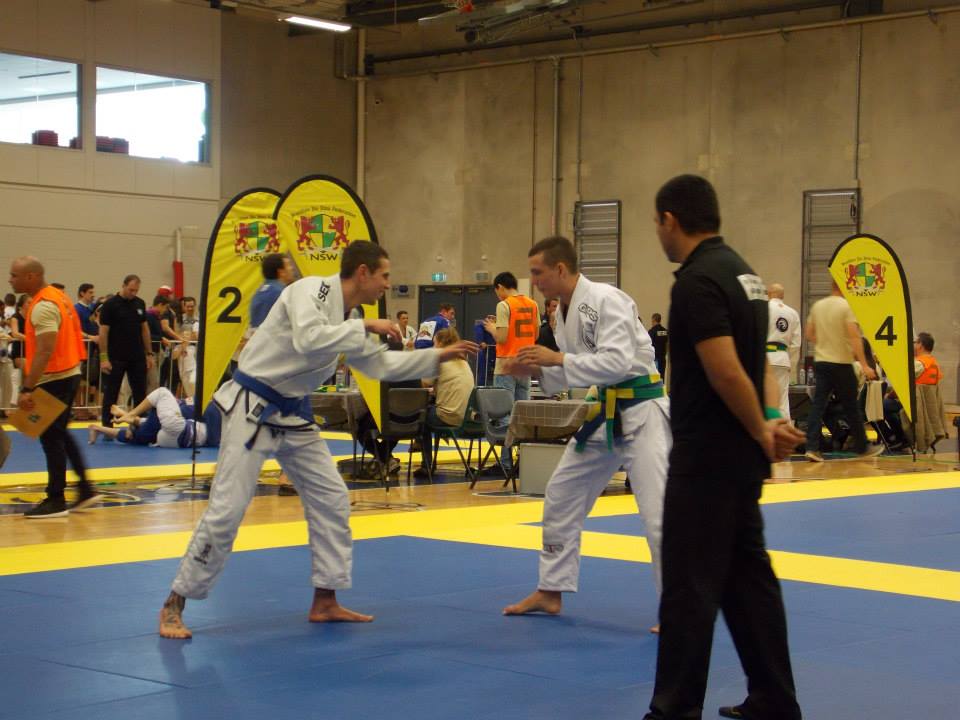 Jiu-Jitsu competitions are tournament-style and are contested (usually) under IBJFF rules. Rounds are usually six minutes each, and if no one scores a submission then the competitor with the most points wins. Points are scored a number of ways, including takedowns, sweeps, mounts and back mounts.

Simple, but not easy. You may feel comfortable sparring with your friends during class, but competition is another beast. For one thing, you’ll be competing against people from all across Sydney, from Castle Hill to Cronulla. Everyone is different, but it’s not uncommon for the nerves to start days before competition. Game day is stressful, and the time spent on competition mats is often far different to time spent on your academy’s mats.

Most people, at least until they get comfortable competing, are struck with a potent cocktail of hormones and emotions. You’re anxious, cortisol spiked, and exhilarated, with adrenaline at a high. This can make simple techniques that you’ve done plenty of times in class much more difficult to pull off. Of course, your opponent is dealing with the same problem.

Finally, there’s the result. There are few highs in Jiu-Jitsu like achieving competition goals. Similarly, the lows of competition disappointment can be hard to deal with. All of this, however, is good for you.

Why they’re good for you

The benefits of competition start weeks before competition itself. The fear of an embarrassing first-round defeat tends to make people take a hard look at their game. What are you good at? What do you need to work on? These are questions you’ll ask yourself once you commit to competing.

This rolls into sparring. Where before you took for granted that a given person was going to pass your guard, for instance, you now question it more. How did they pass my guard and how can I stop them from doing it again?

Then there are those hormones and emotions. Yes, martial arts competitions can be frightening. Also frightening are real-life self-defense situations. In-class training prepares you for the real world. But, having experience competing is extra preparation.

And finally, there’s dealing with competition loss. One of the best ways to accelerate your BJJ progress is to overcome your ego. This is a difficult process which involves prioritising learning over prioritising winning. Losing in competition hurts your ego, that’s natural. However, getting over that hurt and accepting it as a natural part of Jiu-Jitsu will help you overcome your ego. That’s not just a martial arts skill, that’s a life skill.

With all that said, many students at Gracie Castle Hill love Jiu-Jitsu, take it seriously and have skills to show for it — and yet don’t compete. There will always be people who gravitate towards competition, and everyone should attempt to try it at least once. But don’t stress if you’re one of the many people who dislike competing. That’s fine too.

Competition is a great way to boost your Jiu-Jitsu game, but it’s not the only way. Just keep training, learning and having fun.

If you’re new to martial arts and are interested in testing yourself, book in a trial class at Gracie Castle Hill.