The Old School Gracie Challenge Videos Are Still a Must See! 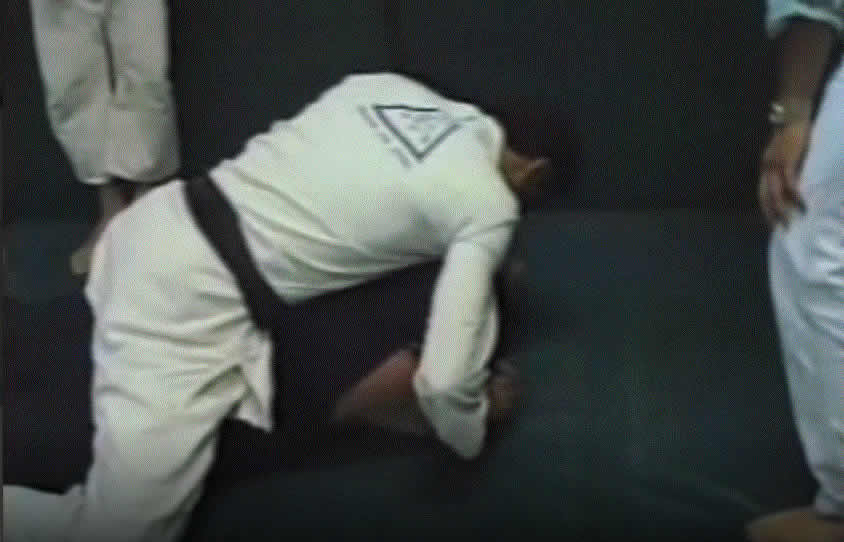 The Gracie Challenge dates back to the 1920s when Carlos and Helio Gracie challenged other martial artists from Judo, Karate, and Boxing to matches to show the superiority of Gracie Jiu-Jitsu. The Challenges grew into major events in Brazil during the 1950s as the family defended their name and art. While the Gracies were victorious most of the time, Helio lost to both Kimura and Valdemar Santana in early MMA/Vale Tudo contests.

Rorion Gracie and his younger siblings carried on the tradition of the Gracie Challenge when they moved to Southern California and started the Gracie Academy in Torrance, California. Rorion, who was a lawyer by trade and very entrepreneurial, recorded the challenge matches for the Gracie in Action video tapes that were advertised and sold through Martial Arts magazines back in the day. These initial challenges would be the precursor to the first UFC which served as a large scale Gracie Challenge and informercial to introduce BJJ to the 18 to 34 male audiences in the United States.

I recall watching the first UFC over at the home of my friend who had a “descrambled/jail broken” cable box that had every channel and pay-per-view available on it. We were blown away that an average looking guy like Royce Gracie could defeat a boxer, shoot wrestler, and kick boxer with ease in a one-night tournament. Keep in mind, I grew up in a generation where giant roided up pro wrestlers like Hulk Hogan and Lex Luger were huge in both size and popularity. Action movies heroes like Arnold Schwarzenegger, Sylvester Stallone, Jean Claude Van Damme, and Steven Seagal were also jacked and won their fights by knocking out the villains with their fists and feet.

Watching an average looking guy take his opponents to the ground was almost foreign at the time. Just as alien, was the use of wrestling and grappling in a real fight. Sure I watched pro wrestling, but by that point I knew it was staged. I was conditioned by Mike Tyson and Evander Holyfield boxing matches, Kung Fu theater and my favorite action heroes to believe fighting only consisted of striking and the toughest men only fought with their fists.

These illusions were shattered once Royce Gracie took down the one-gloved boxer Art Jimmerson who was a ranked contender scheduled to fight former champion Tommy Hearns. I met Jimmerson once and he mentioned to me that he did not know what was happening to him and he tapped since he had the fight with Hearns scheduled and could not afford to get injured. Later in our conversation, he asked me “Do you think I could beat Royce in a boxing match?” I said “of course,” but the reality is they fought in a no holds barred match that exposed the weakness of just knowing striking without understanding grappling.

Royce was even more impressive in his second match where he managed to submit Ken Shamrock, who was 30 to 40 pounds heavier than Royce and looked like a Greek god with his athletic and muscular build. Royce’s run at UFC 1 provided the largest stage at the time to promote the Gracie Challenge and BJJ in the United States. The event inspired many of today’s top BJJ and MMA instructors and competitors to pursue martial arts as a sport and lifestyle.

When I first started training in BJJ, I heard of the original Gracie Challenge clips on Youtube.com and was very intrigued by these grainy videos from the late 1980s and early 1990s. The videos featured Rickson, Rorion, and Royce before they became martial arts legends as they would defend the Gracie style against Kung Fu, Wrestling, and other martial arts. The BJJ used in the clips was very fundamental, but effective. The main takeaways from the videos were

The videos are entertaining and a piece of martial arts history. The success of marketing BJJ through these videos and the UFC has increased the popularity of martial arts and ignited the evolution and growth of the sport in both techniques and participation. The downside for the Gracies though, is that everybody in mixed martial arts now trains in the art they marketed through their challenges. This makes it very difficult for the Gracies to defeat opponents as easily as they did in the early 1990s. We have seen Matt Hughes use BJJ and grappling to defeat Royce Gracie at UFC 60. A fatigued Roger Gracie was controlled on the ground by Tim Kennedy at UFC 162. Also, in one of the videos below, Helio’s youngest son Robin loses a Gracie Challenge to MMA fighter Damien Riccio. These defeats shouldn’t be viewed as a knock on the Gracies or their BJJ. It should be viewed as a compliment to the gentle art the family developed and how other high level mixed martial artists all trained and adapted the art into their training regiments. Today, a succesful mixed martial artist must understand both striking and grappling at a high level in order to reach the highest levels of the sport.

Here is a quick list of some of the most entertaining Gracie Challenge/Gracie in Action Clips on Youtube.com. Rorion’s calm and subtle commentary is on par with a National Geographic Channel commentator calmly speaking about the food chain in nature as a lion mauls a gazelle.