Is Brazilian Jiu-Jitsu a good martial art for self-defence? 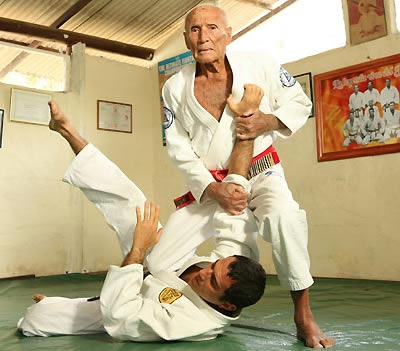 Is Brazilian Jiu-Jitsu suitable for street fighting? Is it an effective martial art for self-defence?

Frist off, violence should be avoided as much as possible, but not at all cost. There are times when violence is unavoidable. BJJ (Brazilian Jiu-Jitsu) is a reliable self-defence system. Of good use for both men, women and kids.

In the real world a fight rarely lasts minutes, but just a few seconds. A fight could happen anytime, anywhere, and most people do not know how to defend themselves. Moreover, all you need is a handful of effective self-defence techniques to be able to protect yourself.

BJJ is among the best forms of self-defence in the world. Anyone studying it has a robust platform of self-defence skills. BJJ is one of the most practical martial arts. A significant number of UFC and MMA fighters train in BJJ.

Gracie Jiu-Jitsu was developed for one purpose; self-defence. BJJ’s philosophy assumes that an aggressor is larger and stronger than the defender. A useful mindset to adopt when training in a self-defense martial art.

Grandmaster Helio Gracie saw Jiu-Jitsu as a self-defence martial art. Not as a sport. Gracie Jiu-Jitsu was derived from Judo, which in turn was derived from Jujutsu. Some Judo moves favour the larger and stronger fighter. Grandmaster Helio Gracie developed Gracie Jiu-Jitsu because he was not strong enough to master the strength-based Japanese Jiu-Jitsu techniques. He modified and perfected simple techniques to make them useful regardless of stature. Brazilian Jiu-Jitsu’s self-defence is based on technique not strength to allow smaller people to overcome bigger opponents.

BJJ is an effective martial art for self-defense. Especially so when a fight is taken to the ground. A high number of fights end up on the ground. Many BJJ practitioners will take a fight to the ground because BJJ specialises in ground fighting. Through throws or takedowns a fight can be taken to the ground and – if so desired – finished with a joint lock or choke. Chokes cut off an aggressor’s air supply; joint locks put breaking pressure on a joint.

Everyone has at least some idea of how to throw a punch. Most people do not know what to do when a stand-up confrontation becomes a ground fight. This gives an opportunity for a BJJ practitioner to come in and control a fight. BJJ practitioners can handle themselves should a fight end up on the ground.

So, Brazilian Jiu-Jitsu is an effective martial art in the street fighting context. Is it the most efficient? Well, it will depend on the situation you are in, but you will have the ability to control a fight. BJJ can be effective; it can allow you to control an aggressor without having to harm him/her. No martial art, BJJ included, will prepare you for the stress of an attack, but you can learn to manage conflict, anticipate an attack, and control an aggressor. 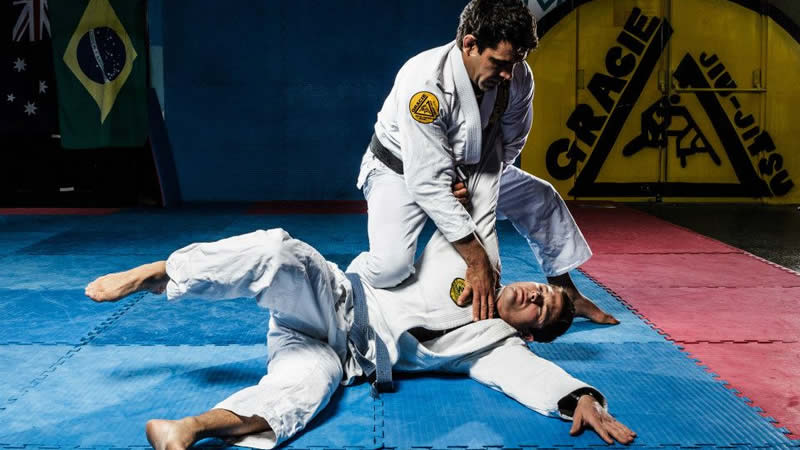 PrevPreviousWhat is a good age for kids to start Brazilian Jiu-Jitsu?
Next5 Reasons Why Women Should Train Jiu-Jitsu (That Aren’t For Self Defense)Next