Is Jiu-Jitsu the best martial art for ‘real world’ self-defence?

If you’re interested in self-defence training and live in the Hills District, learning Brazilian Jiu-Jitsu (BJJ) is a great decision. We at Gracie Castle Hill believe BJJ is the best martial art for self-defence — we wouldn’t be here if we didn’t!

But we’d be lying if we said there weren’t other martial arts that teach legitimate real-world techniques.

Training martial arts in general is good for you. Many make you fitter, more confident and confer some self-defence skills. But though Jiu-Jitsu is heralded for its relevance to real-world situations, it’s even more than a self-defence system. 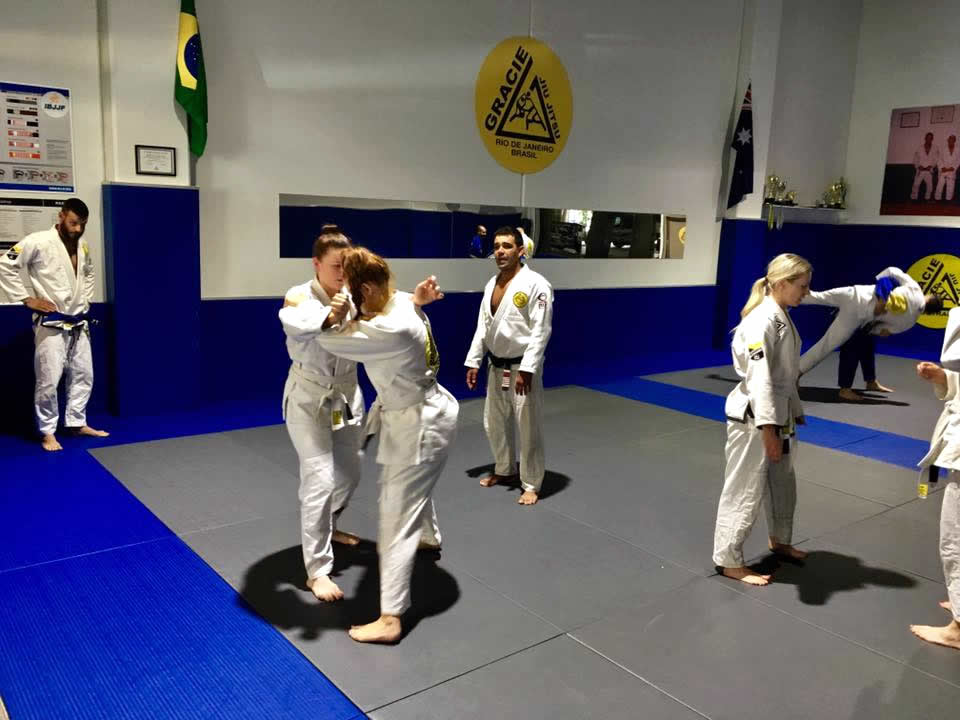 First, what is Brazilian Jiu-Jitsu? BJJ is a modified version of Judo that the Gracie family developed as far back as 1917. The premise of BJJ is that taking your opponent to the ground neutralizes large differences in weight, height and strength. BJJ is all about using grappling techniques, not strikes, to subdue and immobilize opponents.

“Always assume that your opponent is going to be bigger, stronger and faster than you,” Grandmaster Helio Gracie once said, “so that you can rely on technique, timing and leverage rather than brute strength.”

The original UFC tournaments proved Jiu-Jitsu’s preeminence over many other martial arts. But there’s still one art that’s said to be as good a self-defence system as BJJ: Krav Maga.

Krav Maga is a little younger than BJJ. Emrich “Imre” Lichtenfeld developed it in the 1930s as a way to help protect Bratislava’s Jewish community from Fascist riots. It mixes elements of not only boxing and wrestling, but also karate, judo and yes, Jiu-Jitsu.

It’s all about surviving in a street fight by any means. You’re taught how to disarm an attacker, and how to immobilize them with anything from a Jiu-Jitsu arm lock to an eye gouge.

Former Navy Seal Jocko Willink prefers BJJ. “The [martial art] you start off with is Brazilian Jiu-Jitsu,” Willink said in a YouTube video. “That’s the best one.”

Willink tips his hat to Krav Maga, complementing the martial art’s focus on defence against multiple opponents. But he advises Krav Maga as a supplement to more substantial martial art systems, like BJJ.

But Krav Maga has its fans. Former MMA star Bas Rutten, for instance, called it the best martial art for self-defence.

But while the two martial arts may be comparable when it comes to self-defence, Jiu-Jitsu has some other benefits that Krav Maga can’t match.

Something that sets BJJ out from other martial arts is the sparring element. You’ll spend the end of every class in Jiu-Jitsu “rolling” — a term used to describe sparring.

BJJ is unique in this sense. Other martial arts, including Muay Thai and Krav Maga, do have sparring elements. But these are often only introduced after a student has been training for months or even years. Since these arts are strike-heavy, protective gear is often used.

Brazilian Jiu-Jitsu is different in that you’ll regularly roll at high or even 100% intensity, and do so with minimal risk of injury. You’ll use grappling techniques to take an opponent down, secure dominant position and then apply a submission hold. None of this hurts your opponent. Your opponent defends or submits, and then you slap hands and move on to the next pairing.

This has two key benefits. First, high-intensity sparring gives BJJ students insight into what a real-life combat scenario feels like. It’s one thing to learn and drill self-defence techniques, another to apply them to a resisting opponent. You’ll do this constantly in Jiu-Jitsu.

No matter how effective BJJ or Krav Maga is as a self-defence system, it’s difficult for most people to keep training if it feels like a chore. Jiu-Jitsu is not only a premiere form of self-defence, it’s also a sport. You engage in friendly competition each time you step on the mats. This leads to sharper skills and a more satisfying time. Krav Maga, meanwhile, bars competition, viewing itself as only self-defence and not sport.

If you’re in the Hills District and want to experience BJJ for yourself, come into Gracie Castle Hill for a free trial lesson.