A new year is just around the corner, which means New Year’s Resolutions are too. Many people in the Hills District will be committing themselves to new diets, new gyms and new goals.

If you’ve been thinking about self-defence training, January is the perfect time to take the plunge and sign up for Brazilian Jiu-Jitsu. We often see new students, both adults and children, come to Gracie Castle Hill as a new year dawns.

But while signing up to a martial art like BJJ can be intimidating, managing to stick with it can be even harder.

For self-defence systems like BJJ, perseverance may be the most valuable attribute a student can have. “A black belt is a white belt who never quit,” goes a quote from Renzo Gracie. It’s something said so often it may as well be a martial arts proverb. 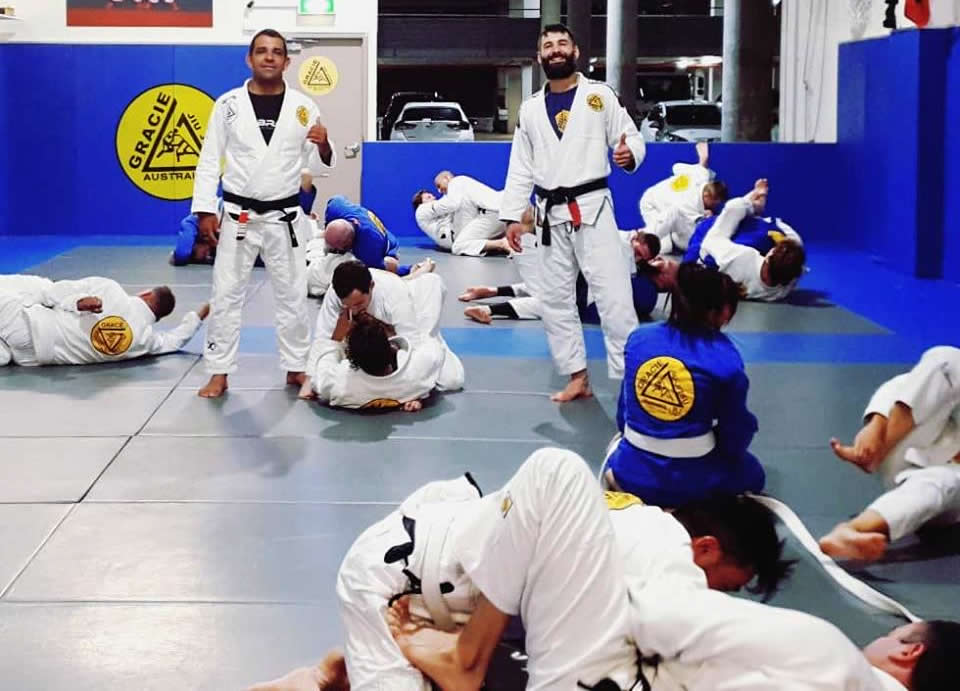 Self-defence is hard but satisfying

Brazilian Jiu-Jitsu is different from other martial arts in a few key ways. It’s all grappling and no striking, and almost all of it takes place on the ground. The principle behind BJJ is that fighting on the ground neutralizes large differences in strength and size. In Jiu-Jitsu, self-defence techniques are taught with the assumption that they’ll work on a larger, stronger opponent.

What also sets apart BJJ is that it’s spar heavy. At the end of every class at Gracie Castle Hill, you’ll spar (“roll”) for between 20 and 30 minutes. Such heavy emphasis on sparring yields many benefits. It’s a great workout, it keeps your skills sharp and intense rolls replicate the fluidity of a real self-defence situation.

But the downside is that sparring is hard, both physically and emotionally. When you begin Jiu-Jitsu, you’re tasked with surviving despite knowing fewer techniques than everyone you roll with. As you progress, you naturally compare yourself with people you spar. You should avoid this — compare yourself against your past self, not other people — but it’s an easy trap to fall into.

As a result, BJJ can be a difficult martial art to stick with. It’s easy to feel overwhelmed at first. This can be especially true of kids. But just know that this is a normal part of martial arts training. Weather the storm and you’ll come out stronger for it, both mentally and physically.

A key to sticking to BJJ is letting go of ego. “Leave your ego at the door” is a phrase that gets said a lot in different walks in life, but it’s especially applicable to self-defense training like Jiu-Jitsu.

When you step onto the mats, you’re not doing so to “win” and prove how tough you are. You’re stepping on the mats to learn and grow. Think about learning new techniques and refining existing ones, not simply about how many people you win or lose against.

In Jiu-Jitsu, as in life, learning is more important than winning. Remember that and your martial arts journey will be much easier.

Often times those who quit BJJ don’t outright decide to never do it again. They simply take a week or two off — and never come back.

This is why another element of succeeding in Jiu-Jitsu is consistency over intensity. It’s better to train 3, 2 or even 1 time a week for the rest of your life than it is to train 6 times a week for 3 months. As hard as BJJ can be, it can also be addictive and people can burn themselves out.

Try and pace yourself, and remember that results don’t always come overnight

It’s for this reason that Gracie Castle Hill is open the whole year. We often limit classes during public holidays, but don’t take any extended holiday periods. This allows everyone to train at any time.

This is particularly helpful for kids. A 2-week school holiday period is long enough for some kids to lose interest in a hobby like BJJ. We don’t stop our kids classes during school holidays, so parents can ensure their children can train self-defence year round. Unlike some other gyms, we’ll be open during the entire January holiday period.

The vast majority of people who sign up for gym memberships in January will have quit by June. Similarly, many who begin their martial arts journey in 2020 will end it before the end of the year. Beginning BJJ in 2020 will make you a better person, and teach you valuable self-defence skills. But it’s not easy.

Having realistic expectations, overcoming your ego and focusing on consistency will go a long way in keeping you on the mats in the new year.

If you or your child live in the Hills District and are interested in training at Gracie Castle Hill, come in for a free trial lesson.